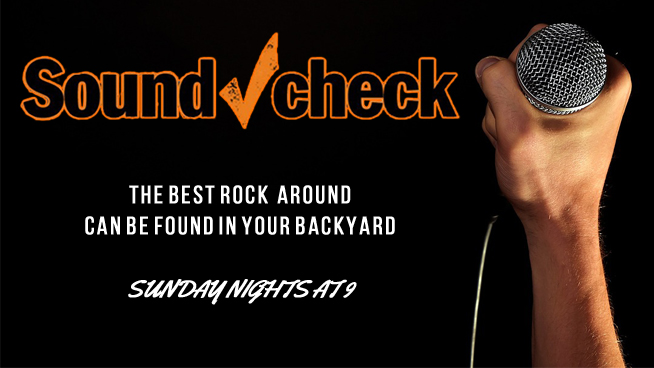 In 1979 I was a goofball kid, just into high school and in love with rock ‘n’ roll.  Mostly the feistier punk rock and it’s more melodic “power pop” cousin.  But I listened to everything and ate it all up, ravenous for more.

In those days, rock n roll radio wasn’t as strictly formatted as it seems to be these days.  It wasn’t quite free-form but it certainly was a lot more loosely programmed before Lee Abrams and his army of  programming consultants got a hold of everything.  You could hear my heroes on the radio every now and again.  People like Elvis Costello, The Clash and Joe Jackson would be right in there with everyone else.

I had a little stereo in my room, and it was mostly tuned in those days  to Syracuse’s premier rock station 95X and DJ’s like Ed Levine and “Stereo” Steve Becker were spinning all the best music from all over.  Music geeks like myself would ask our parents to take us The Panhandler headshop in Liverpool to get 95X tee shirts and wondered what on earth all that colorful glass behind the counters was used for.  (I found out.)

On Sunday nights, one of these DJs, a young guy named Dave Frisina had a show called Soundcheck.  A regular show, on the radio that played local music.    I was into it right away, I think the first band I heard had to have been The Flashcubes, and even if it wasn’t, that’s what I’m going to go with.   As time went on, Frisina’s weekly showcase exposed me to local acts like The Natives, Screen Test, 1.4.5., 805 and so many more.

I was chomping at the bit to be able to see how lax the then 18 year old drinking age was being enforced at places like The Jab, Squires East and The Lost Horizon so I could see all this talent in my own backyard.  I ached to jump in and be part of this scene.

LOCAL music.  I wasn’t very sophisticated back then, the way I figured it EVERY town had a local music scene with high quality, mostly original music, and every town HAD to have a show that featured local talent.   As I traveled around and got older, I realized how wrong I was.  What Syracuse has, is special.  Soundcheck is special.  Dave Frisina is special.   We should be grateful we have all three.

Soundcheck has been on a total of four stations, the last being it’s current and perfect home on internet station The Rebel Rocks where the sound of the 315 can be accessed world wide, where along with Soundcheck at 9PM on Sunday nights, local music is played at least once an hour right along side the music you have always known.

Over the years the local scene changed but was always active, and  I changed, I dipped into the music now and again, and lately I seem to be into the local scene more than I ever was.  Through it all, the one constant has been Dave Frisina and Soundcheck.   To try to contribute I do this blog, but this blog would not be what it is, nor would the music community in Syracuse be what it is, without Dave Frisina.

What Dave has accomplished with Soundcheck is nothing short of miraculous in the world of broadcasting these days.  Forgetting that Dave has been able to work professionally in the same market throughout his career, which if you know a bit about broadcasting is no mean feat.  But to have, for four decades, a program near and dear to his heart and have it supported and be the radio touchstone of the music community is a testament to Dave’s love of music and the community he calls home.

Dave’s approach to local music is as broad as the variety of artists in Syracuse.  You can hear everything from the reggae/soul sounds of Root Shock right next to the classic sounds of Free Will on Soundcheck.  By the end of the hour you will know the secret that everyone else already knows,  Syracuse music is world class, and spans a wide variety of genre, style and approaches.  The song writing in this town is second to none, and we have more recording studios than you would think a town this size would have, all producing high quality work.  THAT’s what you hear, and have heard for the past 40 years on Dave Frisina’s Soundcheck.

This past Sunday night we were treated to a very special, sold out anniversary concert and party at the 443 Social Club and Lounge and those that braved the, not as bad as the news reports would lead you to believe, impact of winter storm Ezekiel were treated to an all star line up of Central New York’s best songwriters and performers.

Bob Halligan who has written songs for artists as diverse as Kathy Mattea and Judas Priest, and as good as a writer as he is, he is also a fantastic raconteur with the stories he can tell.

Israel Hagan who with his band Stroke has opened for Santana and many others brought the room some soul and funk power that shows the hard work he puts into his craft day after day.

All Poets and Heroes delivered the heartfelt emotional songwriting that people all over town are getting to hear and is deserving of the buzz they are generating.

Simplelife Duo singer Mike Frisina told the audience about the 40 songs he has stacked up in his computer, judging by the quality of the songs played Sunday night, someone needs to ask, no, BEG these guys to get back into the studio ASAP. Mike is a highly charming front man.  Stellar guitar work by Ben Sumner as well.

The CNY Songbirds are like a miracle of sound and you wonder just how in the world human voices could sound so good. I will tell you this, I am going to be ticket number one the next time these people put on a Babylon Sisters – Steely Dan tribute show. These voices are goosebumps inducing and I wonder if my heart could take a whole night of so much beauty in sound.

Mike Powell and John Hanus, who as members of The Black River just released an album that may be the best of the year delivered some great stories and top notch roots based songs that got the crowd singing along. It’s a treat to get to see John Hanus play guitar, the guy’s just mind-blowing

Karen Savoca & Pete Heitzman have been a mainstay in the CNY music community for as long as I’ve known and show no sign of letting up as they showcased their beautifully soulful sound, along with a lovely little tribute to Dave to start off their set.

For my money, Gary Frenay & Arty Lenin are the gold standard for  pure pop songwriting  here in Syracuse or any other town.  These guys have the longest residency in town with their weekly gig a Sitrus up on the SU Hill.  Starting off with one of the greatest of all  Flashcubes songs “Make Something Happen” was perfectly fitting the occasion.

Wrapping up the evening is maybe Syracuse’s foremost party band Los Blancos who gave one last shot of Delta style warmth for the crowd as we prepared to head out into the cold, blustery night.

Although I am a summertime guy at my core, maybe it’s fitting that the event was in the middle of a snow storm, this being Syracuse after all.  I know when the weather turns cold and the wind begins to blow, it’s great to stay indoors and watch Netflix and stay in your cozy clothes, but there is a special kind of warmth that can only be found in community with like minded people, gathered to hear amazing music in an intimate setting as the wind whips the air, and the windows outside begin to fog up.  It is one of the warmest feelings I know and I am grateful to have gotten to feel it once again last Sunday evening at the 443.

40 years is a long time to be doing anything, but when it’s done with love, it never seems like work, that’s what they tell me anyway.   Dave Frisina will tell you the message is the music, and that is true, but it is also the man.  A nicer guy you will never hope to meet, a man that gives selflessly of himself  to the community and encourages creative interests of all kinds.

We gathered to celebrate the music, but also the man.

Our city is richer for Dave Frisina’s presence in it.

Congratulations Dave and thank you.

S.F.B – Loud, Fast is Our Salvation