Tag: Annie in the Water 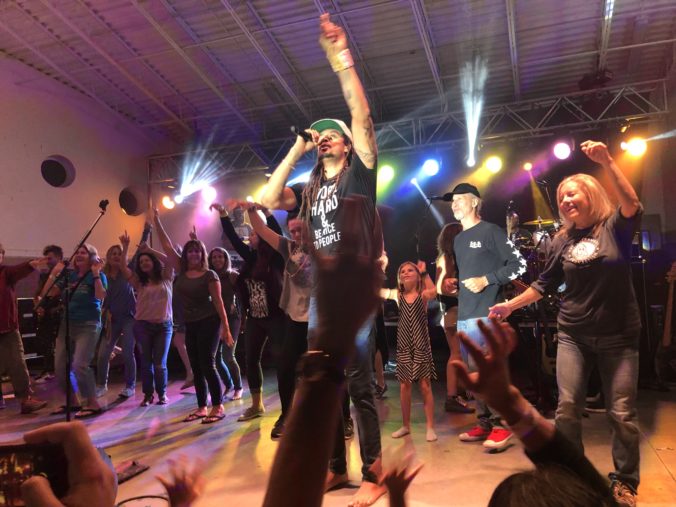 The following is a true story.

I used to have a job where I worked in a small hospital, and on occasion I would have to deal directly with doctors, but not just any doctors, radiologists.  These are the folks who read and interpret various medical images and x-rays.  It’s a hard job, and you have to get it right, not to mention the added stress from their peers working in the same close quarters, who are also typically their business partners who put pressure on each other to read more cases, so they can bill more per day.

They work in small dark rooms away from others for a reason. Radiologists can be a cranky lot.

I suppose crankier still because of the reliance on technology for every aspect of their jobs.  Technology, as we all know, can sometimes be problematic when it’s not doing what it’s supposed to do.  That’s where I came in, I would, from time to time have to come in and tame the technology for the radiologists and to some extent, tame the radiologists too.

If you’ve ever come face to face with a charging radiologist you know the danger I was facing.

“What’s the issue doctor?”  I said with a mixture of concern and sarcasm upon my arrival to a red faced rad seething with anger.

“In the words of Bob Dylan, ‘Everything is broken'” he said, dropping his malfunctioning dictation microphone with a thud on the desk behind him.

I told you radiologists were a cranky lot

“Well in the words of Bob Marley, don’t worry about a thing…everything is going to be all right.” I said back to him.

Immediately you could see the man relax, breathe and calm down, shoulders relaxing, normal skin tone returning to his cheeks, resumption of proper breathing, he wasn’t snarling quite so much.

No slight intended to the great Mr. Zimmerman of course, but sometimes in life you just have to pick the right Bob for the job.

It’s all about perspective.

In these turbulent times, and “turbulent” is an understatement, it’s very easy to be consumed with rage.  I was, and I still am, but I needed a filter on that rage, just to keep sane, just to stay human.   In fact that’s what drove me to music, it’s how I discovered Root Shock, the Syracuse based band that is my hands down favorite  these days, it’s how I started meditating regularly, and it’s how I found a place in a larger community here locally.  It was the need to stay sane, to stay human.

The anger and negativity is the disease.

Music is the medicine.

Which brings us to the Michael Franti & Spearhead show last night at Paper Mill Island.  Franti, shares an obvious affection for the same Bob that I do.  He even name-checks the guy a few times in his lyrics.  He name-checks Peter Tosh too.  I’m not sure if he name-checks Bunny though, maybe in the deeper catalog.

A Michael Franti show is a celebration, a revival of the soul in these times of so much injustice.    Ripping into “I’m Alive (Life Sounds Like)” from the get go.   The song sets the theme for every song after it.  We are alive, we are here on this planet.  A joyous song and an set opener that a million bands would kill to have.  An anthem.

The crowd was his from the first note and there was no let up.  Franti was maybe only three songs in before busting out “The Sound of the Sunshine”, perhaps his most recognized song and pulled up two audience members to sing along with him in an act of so much joy you couldn’t keep your feet still.

That’s the thing about seeing Michael Franti, you’re not here as a passive participant, you are involved and Franti’s eye contact on every song speaks to his motivation to use music as a human connector, you can’t help but be taken along.  It’s what you came for, it’s the ticket you bought.    Audience members are routinely brought on stage alone and in groups, singing and dancing with the 54 year old  “soulrocker” who also spent almost as much of the show in the crowd interacting and singing as he did on the stage with his top notch band.

Speaking of his top notch band, each member got their own chance to stand out, most dramaticly was powerhouse drummer, Nigerian born Manas Itiene who came out from behind the kit to add his own vocals on “Take Me Alive”.  Itiene’s voice is entirely beautiful, reminding me at times of Youssou Ndour, the great Senegalese singer perhaps most famous for his collaborations with Peter Gabriel.

Michael Franti & Spearhead are a most necessary reminder of what it takes to survive in this world.  The mindset required to navigate the world with so many problems.  But come on, you know that.  After all, he’s not telling you anything you don’t already know in your heart.  That in this world, especially now, we need to stay positive, we need to stay sane, and to do that we need to stay together “when the revolution comes”.

Songs like “Say Hey”, “Bad Shit Happens, But Good Shit Happens Too”, “Life is Better With You”, these all come pre-loaded with that message at its core.   Like the song says, “The world is so messed up but I ‘aint ever giving up on it.”

Although it would seem odd to describe, you have to believe it was only fitting that as the night approached the venue’s curfew (Paper Mill Island is smack dab in the middle of Baldwinsville New York, a small village just west of Syracuse) that the show would end with a sing along as  the band locked arms, and the PA played John Lennon’s “Imagine”, sung together by the community gathered for this soul affirming evening, the classic song became the hymm it was always meant to be.

Opening was local favorite Annie in the Water who sounded great and put on a solid opening set, bursting forth on the stage in a kaleidoscope of soul and funk.   Their set was a statement game, as they say in the sports world and the crowd got into them right away.  That is damn hard to do when the headliner is so iconic, but Annie in the Water more than proved their case.   The song “Change My Mind” about guitarist Michael Lashomb quitting his corporate day job is a scorcher.     The band’s 30 minute set seemed so short, I could have used a little more of what those guys were cooking up.  Annie in the Water were the perfect opener for this show.

In CNY you have to grab hold of those late summer nights that are so perfect for an outside show because as Franti reminds us, “summer time won’t last long”.  I’m not quite ready to put the flip flops away and take out the boots.  Nights like last night, with it’s incredible sunset, and stage full of uplifting music make it hard to be cynical about the seemingly endless winter months that lie ahead of us, it’s hard to be too hardened to the ugliness that surrounds us these days.

If you didn’t walk out of that show uplifted last night you need to get your head examined.

As the show closed, and the crew started breaking down the stage, the PA was playing “Three Little Birds” by Bob Marley, while listening to Marley’s sweet voice singing “Don’t worry, about a thing, because every little thing’s gonna be all right”  I thought I was being flippant with that radiologist so many years ago, but maybe I was on to something.

You gotta pick the right Bob for the job.