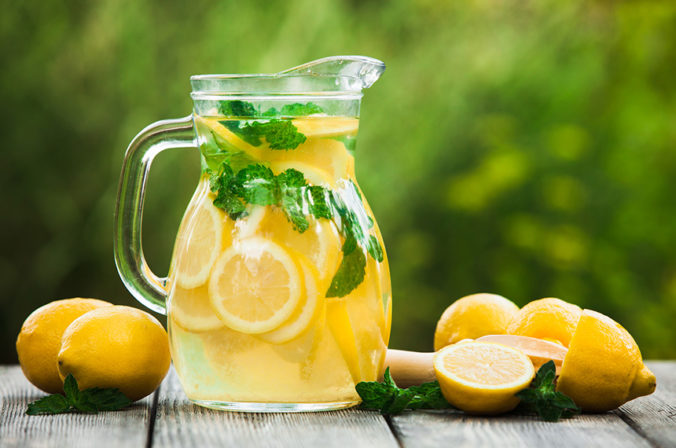 Making Lemonade with The Kennedys

A message from Auburn Public Theater:

Due to a necessary but unforeseen extension on electrical work in the building, we have to postpone The Kennedys on Friday May 17th.  We are working now to reschedule this event and will be in touch as soon as we have a new date.

Sometimes the universe conspires such that everything falls in line to reveal one wonderful thing after another.

Sometimes a disappointment can be more of a course correction, even when its just for an evening.

If you open your eyes and allow yourself to see it, nice things happen. It happened to me last week and it made me realize that it happens all the time. If I can manage to get out of my own way, I can see it every day.

One of the nicest things that’s happened to me is that I have gotten to be friends with Pete & Maura Kennedy.  If you have been hanging around these parts you know how good these guitar slinging rock ‘n’ roll troubadours are.  You know I dearly miss their Sirius radio weekly showcase of spectacular songwriting The Dharma Café.  But what you may not know is what wonderful human beings Pete and Maura are.  When you meet the two of them, it’s impossible to think of a couple better suited to spend their lives together.  True keepers of the rock ‘n’ roll flame, a couple with more talent that should be allowed by law and a deep abiding respect for all the pure pop, folk and Americana that came before them. Amazing writers who can tell a story like few other, Maura has one of the sweetest voices in music and when I am lucky enough to see these two perform, I am transfixed by Pete Kennedy’s guitar work, I can hardly keep my eyes off of the man’s fingers.

Are you getting the picture on how much I love these two?

So when I heard that The Kennedys were returning to the Auburn Public Theater, a really great arts complex about 30 minuets away from my home in Syracuse, I immediately got tickets and blocked the date on my calendar.  I was psyched to get to see them again and I was going to have Pete sign a copy of his delightful memoir “Tone, Twang and Taste”.

Alas it was not to be.  Repairs at the venue were taking longer than expected so the gig got cancelled.

So yeah, I was disappointed, sure.  But gigs get cancelled.

In 1982 I had tickets in my hand to see XTC play at a local country club, that gig got cancelled the day after my friends and I got the tickets. The band stopped touring.   I’m still pissed off about that.

Thanks for nothing Andy Partridge.

So I made plans to take my family to the mall.

Pete & Maura seemed to get the message a few hours later than I did, by then they were in Maura’s hometown of Syracuse, in a hotel, with no gig and nothing to do until their Rochester performance the next day.   Posting on social media Maura asked what there was to do on a Friday in Syracuse?

She got some responses, nothing too exciting from what I could tell, and then I remembered that Todd Wolfe and Carla Olson were playing at Syracuse’s newest live music venue The Listening Room at 443

But that was the day I was going to see the Kennedys, and if I wasn’t going to Auburn, I was going to go see Joe Jackson who was ALSO performing in town that evening. So I put that gig out of my mind.

(have you noticed how much there is to do in Syracuse these days?)

But the show I was going to was cancelled, the Joe Jackson show was sold out and I remembered that Todd Wolfe and Carla Olson were playing in town, and I knew as well as I’m sitting here, that show would be right up Pete & Maura’s alley.

Maura was excited, said she loves Carla Olson (as everyone should) and was going to see about getting tickets, when the universe performed one of it’s little miracles.  The listing for the gig said “supporting act TBA” so Maura contacted the venue owner, the sweet as pie Julie Briggs Leone and offered their services and lo and behold they ended up on the bill.

I had resisted going to this show up until now, after all I was supposed to be in Auburn, and then I made a concession to my family to take them to the mall of all places.   But adding the Kennedys to the bill was the kicker, there was no way I was missing this show.

I immediately texted the baby sitter. Thankfully she was available and it was on. There would be tickets at the door, a fact that actually floors me, but I’m not going there today.

It could not have been a better match sharing that stage that evening.  See what the universe does?

The Listening Room at 443 is an absolute treasure of a spot.  Only four months old they are cementing their place in the Syracuse music landscape and filling a dearly needed hole, one that may have been empty in our city since the beloved Shelby Crowley closed her likewise beloved Happy Endings Café in Armory Square.

The space is like the most cozy living room you have ever been in.  The furniture, placed around the area in various configurations that at some spots is made to be conversational, at others to be set for eating some of the great food they have to offer, ever spot is set up for maximum enjoyment of the performance on a given evening.  There are even vintage TV trays!

Every single staff member I encountered greeted me with a warm smile.  You feel like you’re at home.

Syracuse has needed a place like this for a very long time.  I was so happy to be there.  We all need to support this business, so stop in for lunch, go see a show, go get a cup of coffee even.  The Listening Room at 443 is a local treasure.

The Kennedys played a short set starting with their signature song “Half A Million Miles”, they did their fantastic cover of the John Stewart song (no, not Jon Stewart, John Stewart, look him up) “Queen of Hollywood High, a few others and it was, wonderful as usual and like all Kennedys performances you just want to hear more.  “Safe Until Tomorrow”” has special meaning  for me, I have, at times, been called upon to be a care giver, and in those moments I would hope that if that person had  “one more day” they could be further down the road to healing.  That song came out just when I needed it.

Plus I got to hold Pete’s Fender while he tore down his gear.  My 20 minute tenure as the guitar tech for one of my heroes.

Carla and Todd were fantastic as well, featuring songs from their terrific recent release “The Hidden Hills Sessions” like the opener “Long Road Back” , “In a Misty Morning” and the rocker “Sideshow” (my favorite) along with some choice covers, including two Rolling Stones songs, and the Steve Winwood penned, Blind Faith classic “Can’t Find My Way Home”, which was a highlight of highlight filled set.

Todd Wolfe has written songs for just about everyone you have ever heard of and I just love the man’s voice and his guitar playing. Carla Olson is a stone cold rocker, don’t be fooled by the acoustic guitar, her voice with Todd’s is magic and she gives off such a warm presence on the stage. You DO know about The Textones right?

Like I said, I was going to skip this show.  I’ll tell you what, if Todd & Carla come to your town, don’t sleep on it.  The music is wonderful, the stories are entertaining and they are genuinely nice people too.

It’s funny how things happen, how things transpire and start one way and change into something special.  The universe lays these things out for us all the time, we just have to get out of our own preconceived beliefs about how things were supposed to be and see how they actually are.

I went from being disappointed at a cancelled show, to seeing at least a short set by the same people PLUS seeing Todd Wolfe and Carla Olson, all the while seeing some local friends I love, Jeanne and Dana, and getting to visit one of my town’s great music venues.

Add to that the fact that Pete & Maura fell in love with the venue and booked a show in November there.

The universe has surprises, and very often they are surprises of delight.

Think about it for a minute, think about how things unfolded just in this wonderful little evening.

When I saw Dana on the street the next day we talked about how great the whole evening was. I think the word “wonderful” was mentioned about 10 times.

Wonderful happens more than we realize and I’m grateful it took a cancelled gig to remind me of that.

It’s amazing to see how the universe can conspire to provide when what we think is going to happen, doesn’t. When what we planned doesn’t work out. You can choose to look for opportunity because it’s all there for you, everything you need. I see this in action almost every day. The older I get the more grateful I am.

No, I’m not just talking about gigs getting cancelled right now. You’re on to me, but music and community feeds our souls, just like food feeds our bodies.

The universe is speaking to you, all you have to do is quiet the noise inside your brain and listen to it.

It makes me ponder how many other things of wonder I missed because I let thinking get in the way.

Oh and by the way, in case you were wondering, I got my book and Pete signed it too! I could listen to this guy tell stories for hours.

Did I tell you I got to hold his guitar?

Alone In The Crowd – A Rock ‘n’ Roll Love Story