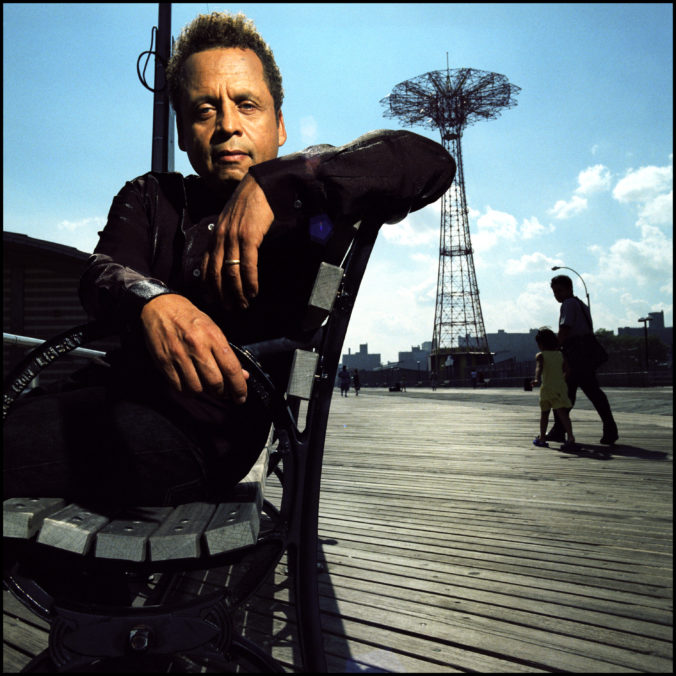 There was a time when New York City was known for it’s rock n roll poets.

They were almost as much a part of the character of New York City as the Empire State Building in the sky, or the steam pipes venting on rain slicked streets in the middle of the night.

Their words painted pictures of the streets of New York City in the same way Scorsese does with light and color.

Words that spoke about the city , the people, about living in the ultimate city of immigrants where every new sound of the city eventually finding it’s way into a song.

The rock n roll poets of New York City  told the real story of the city better than the Daily News ever could and before Grandmaster Flash delivered his own message.

Garland Jeffreys may well be the last man standing, and he just might be the most significant, if least appreciated.  Born in the shadow of the  Coney Island Ferris wheel to a mixed race couple, a fact that all on it’s own informed the themes of some of his most hard hitting sounds over a career that spans over 50 years.  Hard hitting songs like “Don’t Call Me Buckwheat” a track that still resonates today when we think we’ve evolved so much as a society.  Have we?

A true believer in rock n roll that pulls in sounds and rhythms from all of his surroundings blowing away the constraints of genre as well as race and with lyrics that very often spoke about the city from which he came. A soul ballad one minute, a sprinkle of rap the next.  The sweet rhythms of reggae music mixed in with a garage rock classic.  Garland Jeffreys took you on a tour of the rock n roll map and you never once felt like you were lost, just in the same way he took you on an insiders tour through New York, no matter if it was 14 Steps to Harlem or 22 Stops to the City,  you were in the good hands of the ultimate insider.

A writer’s writer, Garland Jeffreys paints his pictures so vividly, you can almost taste the rice and beans in Spanish Town, you can feel the winds that cut right into your bones of a Coney Island Winter.  You hear the voice of a uncared for 13 year old committing crime and shooting dope in City Kids, a heartbreaking song on an album so full of tales of the city that it could have easily been a collection of poetic short stories.

I sometimes wonder if there has ever been a song as beautiful and uplifting as Matador.

Even when the stories are at their bleakest, I always seem to pick up on a feeling of optimism, and a feeling the redemption is always available and isn’t that the promise of rock n roll anyway?

I picture him sitting at a sidewalk café, or in some lower east side dive bar, watching people, notebook at the ready and I always picture the man smiling the satisfied smile of a man born in the city and wouldn’t want to be anyplace else.

He doesn’t need to write his autobiography, he’s been doing that for 50 years, its all right there.

Underappreciated for sure, hell, as far as I’m concerned until they’re teaching this guy’s text in schools he’s underappreciated. Is rock n roll even a thing anymore?   Sometimes I wonder, but my city 300 miles away from Gotham knows better.  Like all great writers Garland Jeffreys went to Syracuse University (yeah, so did I) and this weekend the good people at the Syracuse Area Music Awards will give him a well deserved lifetime achievement award, just like his departed friend Lou got last year.  It makes me proud of my town, of the recognition we give to those who came through here who added something significant to the culture.  The Sammy’s got it right.  They usually do.

This Friday we will be treated to a rare performance by Garland Jeffreys and I hope we all know how lucky we are to see it.

We need our poets and this guy may well be the last man standing.

I’m still standing..and so are you.