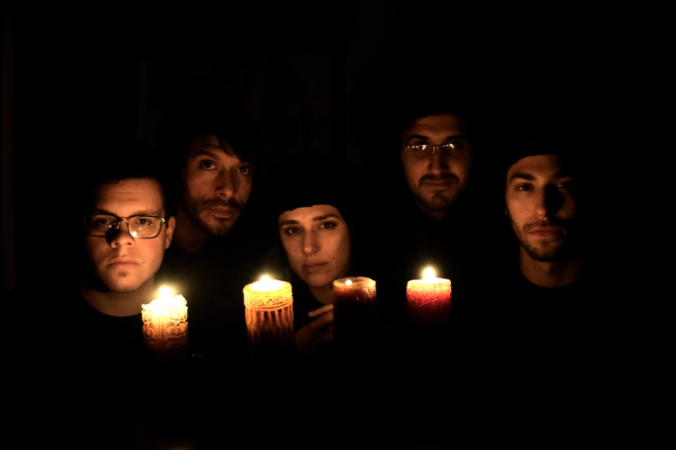 Photo by Mike Lewis Used with permission of Strange to Look At.

“If you want me

you can find me

left of center, wondering about you”   — Suzanne Vega

I’ve been sticking my nose in the Syracuse music scene for years, hell, decades.  From my first local show at a long forgotten hole in the wall on Westcott Street on a snow socked night in the early 80’s to my jaunts into a beloved waffle shop almost 40 years later.   In that time, while I can’t say I’ve seen them all, I have seen a ton.  I’ve seen more than my share, and I can tell you something folks outside of Central New York may not know.   This town has some world class talent, but I’ve told you that before.

We have had some legitimate, next level musicians call Syracuse their home.  Musicians that should have, or in some cases very nearly did burst into the national musical consciousness and I am here to tell you about one such band that has just released an incredible debut EP.  A band that when I listen to them, as with my beloved Root Shock, makes me sure this is a sound that should. and with a little luck here and there, will break into a larger audience that transcends the often snow bound arts enclave we call Syracuse and you can remember you heard it here first. 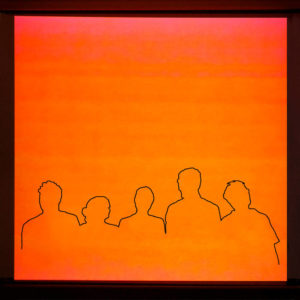 The self titled debut EP by Syracuse’s Strange to Look At sounds like nothing else on the Syracuse landscape right now.  A dramatic but decidedly downtempo groove with a nod to classically campy sci fi and horror in their use of spooky synths.  If you took the first Goldfrapp CD, and most of the Portishead catalog and took them to a retrospective of  Hammer (the legendary British horror film studio) films,  Strange to Look At is what you would come back with.

Subversive lyrics, sometimes bouncy and traditional, “I wanna get closer” are followed up with the promise of maybe something a little darker “come with me into the night” in the track “Good Party, Bad Party”   Other times the darkness is more direct like in the gothically romantic “Farewell” a song with a sonic landscape that swirls like a storm coming over a castle on some Transylvanian mountain top.

Standing out in a collection of fantastic songs is “Tie Me”, a song that would more than hold its own on the playlists of tastemaker radio stations around the country such as Santa Monica’s KCRW or Seattle’s KEXP.  Vocalist Beccah Avraham’s perfectly melodic vocals (“now you’ve tied me to your hell”) shape the plaintive lyrics and don’t lose any of that quality in the crooning “ah-oooh” refrain between choruses.  This is a song that should be on everyone’s playlists this winter.

Strange to Look At are a band that’s impossible to pigeonhole into any cliched genre and for that we as listeners should all be grateful.   Jeremy Allen (keys & vocals),  Tyler Allen (guitar),  Beccah Avraham (vocals, keys & percussion), Gavin George (drums), Dan Poorman (bass & vocals) have seemingly pooled their collective influences and fused them together in a cinematic stew of groove and harmony.  They even have a  track that would make a super cool Bond movie theme song, if the film was called “Harpoon Gun”.

Nothing you have heard sounds quite like Strange to Look At, certainly nothing in Syracuse sounds like this and when you listen to the EP, which I have done pretty much full time since it came out, you get the feeling that you are on the front end of the life of a band that has some noise to make at a level beyond our own backyard.   The EP is tremendously good and this is their DEBUT.

I can’t wait to hear what they come up with next.

Strange to Look At will be opening for Root Shock as part of Funk N Waffles’ 4th anniversary celebration on December 6th,, show starts at 9PM, get there early you won’t want to miss em.

Their debut EP can be found on all the streamers and You Tube but really pick up a copy at Amazon: