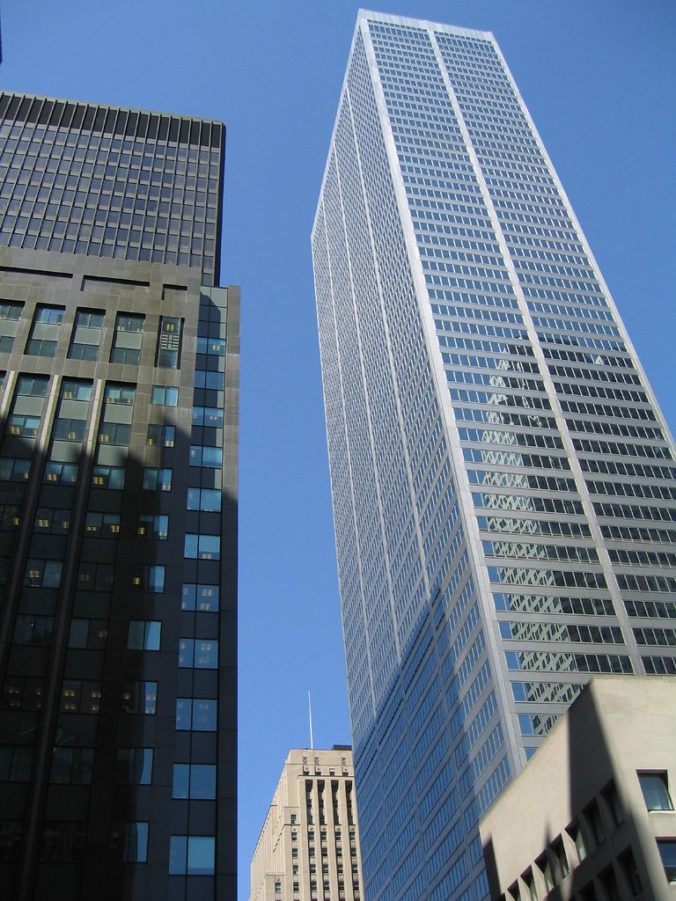 Kevin Rink had traded the Hawaiian shirts and khakis he typically wore at the salon for a powder blue Ralph Lauren seersucker suit with a crisp white shirt and no necktie.  The shirt was open at the top three buttons exposing Kevin’s waxed chest slightly.  This was his “going to the lawyer” outfit he thought when he put it on that morning.  True to form, no dress shoes, he had what he thought were his trademark Converse on.  Kevin had 6 pair of various colors including one that was black and white checkered, today he wore the more conservative blue sneakers.

“ I never would have guessed” Steven said with more than a hint of impatience looking every bit the part of the high speed attorney in his tailored blue suit and combed back hair.

The Steven that I grew up with would have laughed at someone with so much gel in his hair.  Kevin thought.  I wonder who his stylist is?

“Totally!”  Kevin said. “For starters, the markup is insane.  The game is to screw the client on product.  I get a case of gel, for example, for 400 bucks that I can make 1400 bucks on, that kind of thing, and I’m an idiot if I don’t scoop up the cash because if I don’t,  the next salon will and I don’t make my rent.  On top of that, there are god, must be hundreds of salons downtown alone. It’s just nuts.  That and about half of your stylists are behind on chair rent, so you’re constantly having to chase them because even with all that markup the margins are so tight, what with insurance and taxes and the like.   Plus you know what?  I did NOT get into this business, to be a businessperson, to be a small business owner.  You know? I never wanted to be an employer. I just wanted to do my craft right? My art.”

Steven sat behind his desk and nodded as Kevin continued to complain about having to balance books, a client list of his own and his artistic desire to do what he called ”bangin’ hair” for his clients.

“Look, Kevin, other than pissing away billable hours, which I will remind you that you are on the hook for, what are we doing here?”

“Yeah and I have a buyer and everything.”

“It’s a her, Catherine Pierce, she’s leaving a Bay Street brokerage to spread her entrepreneurial wings, plus she’s coming with a good chunk of change, so all I need is your shark like lawyer skills to do up all the legalese.”

Steven grabbed a pad of white paper from a stack on his desk and started taking notes, Kevin looked around impressed with the view of the city from Steven’s 14thfloor office and wondering why Steven wasn’t using actual yellow legal paper for his notes.  I thought that was a rule or something.  Kevin thought.

“How do you know Catherine?  Was she looking to buy a salon?  “

Kevin smiled.  “How do I know Catherine?  You mean know as in know? “

“Oh I see, yeah spare me the salacious details.  Look, I see nothing but trouble in selling a business to someone you have a relationship with.”

“I never said we had a relationship, we may have had relationsa time or two, or three, ok, maybe four but no relationship to speak of although it was very spiritual.”  Kevin was smiling like the cat that ate the canary as he told Steven how he met Catherine originally as a client at the salon and how she was on the back end of a relationship that ended abruptly.”

“Are you still seeing her?”

“Not really, she likes to keep the lights off.”

“Come on Kevin”  Steven was getting irritated at Kevin’s clowning.

“No, man,  it’s over, look, she’s really great, wicked smart and funny as hell really.  She has a great sense of humor but wound way too tight for me.  We decided to keep things friendly once we started talking about her buying the place.  I made it seem like her idea though. “

“What will you do after the closing?”

“I’ll rent a booth from her like everyone else” Kevin said smiling.  “Just do what I do.  ‘Bangin’ hair.”

“Have you mentioned this to anyone else besides Catherine?”

“No, well I may have mentioned it to Paul Valentine, one of my stylists, he’s been with me for a long time, he didn’t seem too happy about it.”

Steven looked up from his notes and put his pen down. “Kevin, I have known you since we were in Grade 3 together, I have seen you do a lot of crazy shit.  Remember that time you decided you were going to raffle off a case of beer when we were 9 years old and we actually sold tickets to a raffle we didn’t have the prize for?  I supported your crazy idea.  Remember when we were back home on break from University and you had the idea that we would start a dog walking service so you could meet women who needed their dogs walked, because you saw it in a porno movie and thought it was a brilliant idea?  Remember that?  I supported your crazy idea.   Well now, we are talking about your business, the one thing you built from the ground up and did everything for the most part right, we are talking about something you sunk your savings into and now you want to cash out, which is fine, but given your history of compulsive behavior, and some other red flags I am seeing, I would be remiss as your attorney and as your friend if we didn’t talk this out a bit.”

“Sure!  Look Steven I know I am a goofball half the time, but I’ve thought about doing this for a while now, I know what I am doing here, I just wasn’t happy being an employer, it got in the way of what I really wanted to do.”

“Fair enough man, I get it.  Look, when you do a business transaction with someone you know, it’s messy enough, but when it’s a girlfriend, lover whatever Catherine is, It can be even messier.  Adding to that is the fact that you intend to actually work for her!”

Kevin was getting defensive now, “ First, rule one, and don’t call her Kathy, for some reason it sets her off, it’s like a trigger to her dark side.  Once you meet her you will see how awesome she is, but ,this woman is a hard charger, and she is a total Catherine.”

“Look, we had a quick fling, it’s over, no biggie.  Grown ups.  All over.  And anyway, she’s whip smart, and she’s going to have me as a resource on how to run a salon, I’ll be right there in my own stall taking care of my hot-ass clients! It’s a win-win.”

“Kevin, has she had ANY salon experience?”

“Has she ever run a business, small or otherwise?”

Kevin did not like being interrogated like this, “NO! Look she was a business major! She was a stock broker!  She knows her shit! “

“Kevin, she doesn’t know YOUR shit!  She may well be a smart lady.  I get it, but you’re selling what you worked so hard to build to someone who doesn’t have the first clue.  This chick had to be one hell of a good lay for you to agree to sell your baby to her like this man, I just don’t get it.”

“I don’t know, I just have a good feeling about her. She did her homework; for starters she’s going to spend some money to get a computer system installed for booking appointments and replacing color cards.  Like I said, she’s smart and she’s looking for a change you know?  Just like I am.  I have something to offer, I’ll make a ton of money off of it, and I get to do what I love again.  Without having to worry about the lease, the water, the insurance, the taxes.  That stuff won’t be my problem anymore and I get to stay connected to my ‘baby’ as you so dismissively call it, don’t you know you’remy baby Steven?  Don’t you know that?”

Kevin was making kissy faces at Steven who was laughing out loud now.

“She was exceptional, for the record.”  Kevin said with a grin.

“You are completely crazy.  Ok, give me a week, I’ll be calling you for some details like the fucking PRICE you are giving your shop away for, I’m almost afraid to ask. I’ll get the papers started, you e-mail me all the particulars.  I still don’t like this Kev.  Wait, what the hell are color cards?” Steven asked. “Do they have added value to the sale?”

“Color cards are client preference sheets, you know, where we keep track of color mix for dye, make up products, nail color, all kinds of stuff.  The stylist pulls the card from the cabinet when the client shows up, it’s pretty old school technology.  Most high-end salons have a small computer system with a client database.  I just never got around to getting one.” Kevin explained.

“I see, yeah if she is talking about improvements already she did do her homework, also you can bet the cost of it will be coming out of her asking price.  Anyway…we will have the closing here in this office, get me the contact info for Catherine’s lawyer and we will sort it all out. “

“You take such good care of me Daddy.  Give me kiss!”

“Get the fuck out of here Kev!”  Steven said laughing. “Go cut hair or something.”