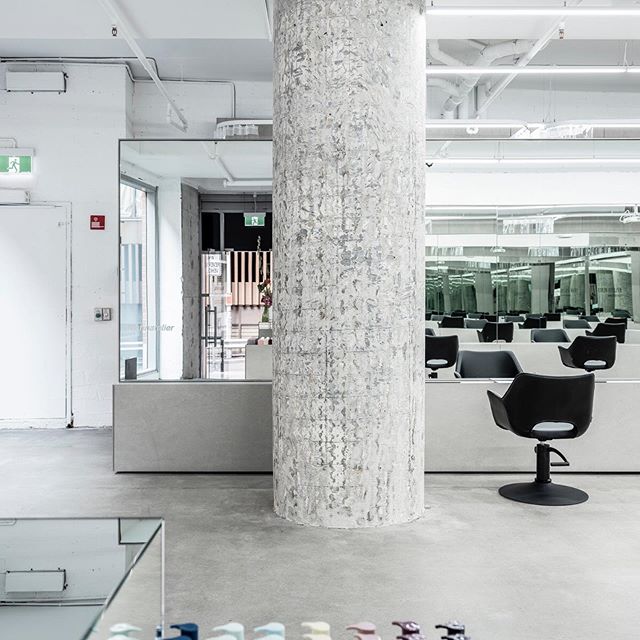 Kevin sat and stewed while sitting in his unoccupied booth. He looked at himself in the big, lighted mirror on the back of his station.  I still look good anyway, he thought to himself.   His brown hair neatly cut and combed.   The hair on his still young looking face appropriately trimmed so it looks like stubble and not like a starter beard.   I spend hours on that stubble!

On the wall between his station and Pam’s,  Kevin glanced at the pictures he hung of himself with various celebrities that he had styled in the past or met at events.   The photo he took with Drake at a Raptors game being the most prominently positioned.  He had to move that one three times so its wall location would get the most attention and the most reaction.

Sitting alone in the empty salon with the industrial aluminum counters behind each of the ten stylist stations, five on each side, Kevin thought about the announcement he was going to make to his team that morning before the place opened.    He had owned the place for almost ten years, building the business from the ground up.    He thought of his “team” and his giant dysfunctional family.   He knew they liked him, he knows that some even loved him, he sure loved them but knew he was going to disappoint them and that weighed heavy on his mind.

The wooosh of the door opening as the street sounds invaded the solace of the quiet space startled Kevin as Eric walked in.

At 24 Eric was the youngest of the stylists working at Sparkle.  The ripped jeans and leather jacket over a white tee shirt was his typical attire.  Kevin thought people walking past the shop would be drawn to the good-looking, fairly effeminate punk rock, super talented hairdresser with the purple spiked Mohawk.

“Tell me again why I had to come in an hour before we opened?” Eric asked with his typical snotty-in-a-good-way attitude as he plopped his knapsack down on his chair and retrieved a bottle of Visine from an outside pocket.

“I have an announcement I need to make that everyone needs to hear.” Kevin reminded him as he looked at the younger stylist.  “What is UP with you? You look like shit! Rough night?”

“You might say.   Went to the Horseshoe last night to see some thrash band called The War Turtles.”

“The bass player was.” Eric said with a smirk.

Eric put a few drops of Visine into each bloodshot eye, some still running down his cheek as he knocked his bag to the floor and took its place in the chair, spinning it around to look at Kevin.

One by one the remaining staff of the salon came in, the noise level rising as the chatter increased until the stroke of 11 AM, when Kevin let out a deep sigh and rose from his chair at the front of the salon to face the staff.

“Guys, I know this may come as a surprise to some of you, so I am just going to say it, but let me explain after.   I’m selling Sparkle to Catherine Pearce.”

The room exploded into a fairly loud rumble of discontent, Kevin looked directly at Pam, he knew she would be pissed off and it was obvious she was.  It was bordering on irate.  Her face was growing red.

“Kevin what the hell is the matter with you? As usual you’re thinking with the wrong head.” Pam said, holding back tears.  “This, this, person, she’s very smart, I know that but she knows nothing about this business.  Nothing.   You are selling your business to your girlfriend?  That’s what you are doing?”

Kevin held his hands up, “Guys, calm down, calm down. This is a good thing, hear me out.”

He went on to explain how Catherine had a good business mind, and he didn’t like doing that stuff anymore, and that he would still be there to be a guiding force, a mentor to Catherine and that he wasn’t even seeing her anymore.

“It was just a fling, but I got to know how really smart she is, and that she’s willing to listen, while I get to concentrate on hair which is what we all love to do.”

The hubbub of the room died down as all eyes turned to Paul. Kevin always thought of Paul as a voice of reason in the shop.

“This shop is high profile Kevin, you are the symbol of that profile, for better or worse.  When TV people need a flashy hair guy for some demonstration, YOU are the go to guy and they talk about Sparkle.  We have all enjoyed a higher than typical market value because of it.   Any changes to the profile of this salon, has the potential to aversely effect our collective earning potential, so this is no insignificant change.  It could have an economic effect on all of us.  Like I said, this is your call, but I would hope anything that she does that would change what we have here, would be walked into gingerly. “

Kevin looked around, and flashed his smile.  “Guys, I’ll be right here every day.  She’s totally going to consult with me, look for guidance from me.”

The group looked back at him, not seeming to be all that convinced.

“Look, you have all complained to me that we don’t have a computerized appointment and client management system, Catherine will get that done.  We will b done with those color cards finally!

When business slumps after the film festival, Catherine can use her ninja marketing skills to get new clients in.    She can help fill the chairs when stylists leave and help keep the place popping.    Maybe she will even hire a receptionist!

This is all ‘win’ you guys, no downside and she’ll get my input before doing anything major.”

Kevin was met with a group of blank stares.

“She would be crazy not to seek my advice before changing too much.”  Kevin said reassuringly.

“She would be crazy to do that.”